What is Phone Cloning and Why Use It?

Phone cloning is the process of transferring data from one phone to another. You can either transfer the entire data of the mobile or just an important one. Well, buying a new phone from the market is a very common thing these days. So after buying a new device you want to transfer all your necessary data from the old phone to the newer one. There are many phone clone apps available, you can do this by installing any app from the Play Store.

You may need to transfer all of your contacts, photos, videos, or remainders to your new phone. So, I’m going to tell you some best solutions to do that.

Things to Do Before Phone Clone

It is recommended to backup your Android or iOS device using backup apps before you start the cloning process. Most importantly, save all your necessary data such as family photos by taking backup to ensure that your crucial data is not lost.

You can move the complete data of your phone by using these methods in order to load the data into your new device.

How to Clone a Phone? (Some Ways)

Now I’m going to present to you some methods or ways of how to clone a phone and transfer all your desired data into your new phone.

If you are an Android user, you already know the most common Google apps like Gmail, Google Drive, Google Contacts, Google Photos, etc. So, If you buy a new device or want to share data from one phone to another, Google Drive can be the best solution for you. Before using it first make sure you have a Google account logged in on both devices.

Go to Google Settings onto your old phone, in settings tap on backup >> Back up now. It will take the backup of all necessary data such as contacts, photos, calendars, reminders, and videos and upload it to Google Drive.

After that, open the new device, select No cable and then follow the steps on the screen to select Backup which you have taken from the old device.

To transfer data from one phone to another one, every company has its own phone clone app for this. For example, Samsung Smart Switch transfers the data when both devices are from Samsung company.

For other manufacturers, OnePlus has the OnePlus Switch app, Xiaomi provides Mi Mover and Oppo has Oppo Clone Phone. So, you also have the options provided by the manufacturing companies to transfer data between the devices.

3- Transfer Data from Android to iOS

Maybe you are previously using an Android phone but now you have bought an iPhone. The scenario is you want to transfer all of your data from Android to iPhone. You can do that by using Apple’s Move to iOS app. It makes it very easy for you but it will not transfer apps, passwords, or music, it only transfers data such as photos, contacts, messages, calendars, and videos.

There are also lots of third-party apps available on the Play Store to clone a phone and transfer data between the devices. These are the following ones:

How to Fix Your Tablet and Mobile Phone Screen

One of the best apps to take a backup of your phone into the computer or transfer data to another device is Dr.Fone. You can transfer photos, music, videos, messages, and contacts to another phone and can run this app on all top manufacturer’s smartphones.

But it is a paid software and also contains a lot of other interesting features. You can check out the details and download this tool from the official website.

CLONEit is another tool If you want to clone your phone or transfer data from one Android device to another. You can also migrate multiple accounts at a time without having any issues. Both phones need to have a stable Internet connection. The app runs fast and transfers any amount of data but has some crash issues reported by some users. So, you can place it at the last of your list.

I think almost all android users are aware of this popular data transfer app. SHAREit is the most widely and commonly used app among users to share data between devices. This allows wireless data transfer at a very fast speed. You don’t need Mobile Data or Bluetooth for that. It directly uses Wi-Fi to clone Android devices.

Zapya is another cross-platform data sharing app which takes care of all your file sharing needs. You can share files that are in any format or of any size to another device. You can transfer your photos, videos, documents, music, or apps files between Android, iPhone, and PC.

The best thing is that you can transfer files no matter if you are online or not connected to the internet. Zapya also gives you four different methods to share files when you are offline. 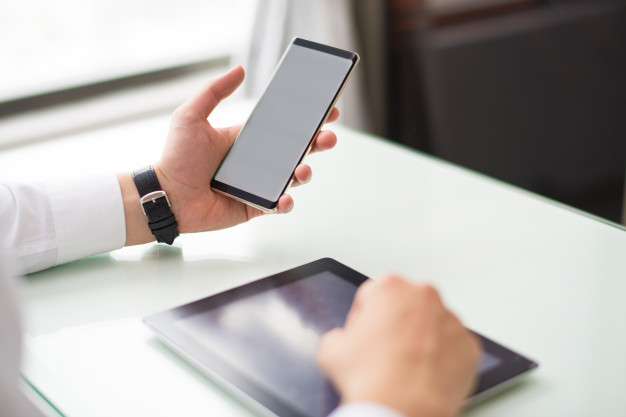