You’ve probably heard some of the general virtues of LED lights, that more or less all of them have in common. They have really long lifespans, they’re remarkably reliable even in adverse conditions and extreme temperatures, and they’re not as temperamental when being handled. There’s also the little fact that they’re very energy efficient. 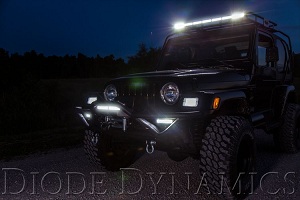 These attributes follow all LED lights around to some degree, whether you’re looking for LED replacements for your home or LED off-road lights for your vehicle. Speaking of that, here are five additional value-enhancing traits to look for in LED lights for that very purpose.

One of the most convenient selling points that LED lights can off is plug and play compatibility. If you aren’t familiar with the term, this means that you can plug in the new LED replacement into the old bulb’s socket and it will work without making any further alterations. With LED off-road lights, though they might not be replacing anything, they’ll work with your vehicle’s existing electrical system without flickering, flashing, or other commonly encountered malfunctions.

The other thing about off-road LED lights and other auxiliary lighting is that you’ll need a way to mount them (usually to the front of) your vehicle. Since every light bar and light kit is a little bit different, this could present more or less of a challenge. However, when you work with the right supplier, you’ll have the pick of your choice of mount kits. The best of them don’t even require you to make any actual alterations to your vehicle. In fact, some mount kits on the market are actually specifically designed for certain vehicle models using CAD so that you can fix them to existing factory mount points without any cutting or drilling.

3. Resistance to Moisture and Vibration

Off-road vehicles by their very nature should become accustomed to the elements. A little mud here, a touch of sand there, some rain and snow there never hurt a Jeep or a truck. The thing about lightning and other electrical components is that those factors are destructive.

Halogen lights and some HID (high-intensity discharge) lights are so temperamental that a little bit of environmental dust or just the oils from your skin can cause them to go out prematurely. However, there are some LED lights on the market that are not only resistant to these things, but to moisture intrusion and vibration as well.

One beam pattern is rarely sufficient for all purposes, and though you’ll need to invest a little time and effort to switch them out, it’s worth it to get only a model that can alternate between flood beams, spot beams, driving beams and potentially other patterns as well.

Finally, you won’t want to be fooled by blanket declarations about the brightness or output that the light emits. What you need is an LED light bar or a light pod that offers best-in-class optical technology. You can get that if you know where to look.

Save yourself a bit of time and start your search with Diode Dynamics, because that’s probably where you’ll end it as well. Their LED lighting technology meets all of the traits mentioned so far in this article and seals the deal with the best optical focus in the industry.

They use a proprietary system called total internal reflection, or TIR, that concentrates and directs the light output exactly where you want it, for a sharper, better-focused, brighter-looking beam. Don’t be fooled by the big claims of the competitors; Diode Dynamics’ LED technology leads that pack and has since its inception in 2006. Visit their website, DiodeDynamics.com, or call them at 314-205-3033 to learn more. 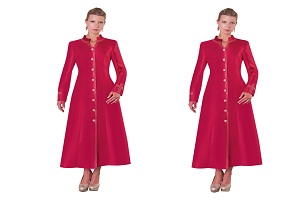